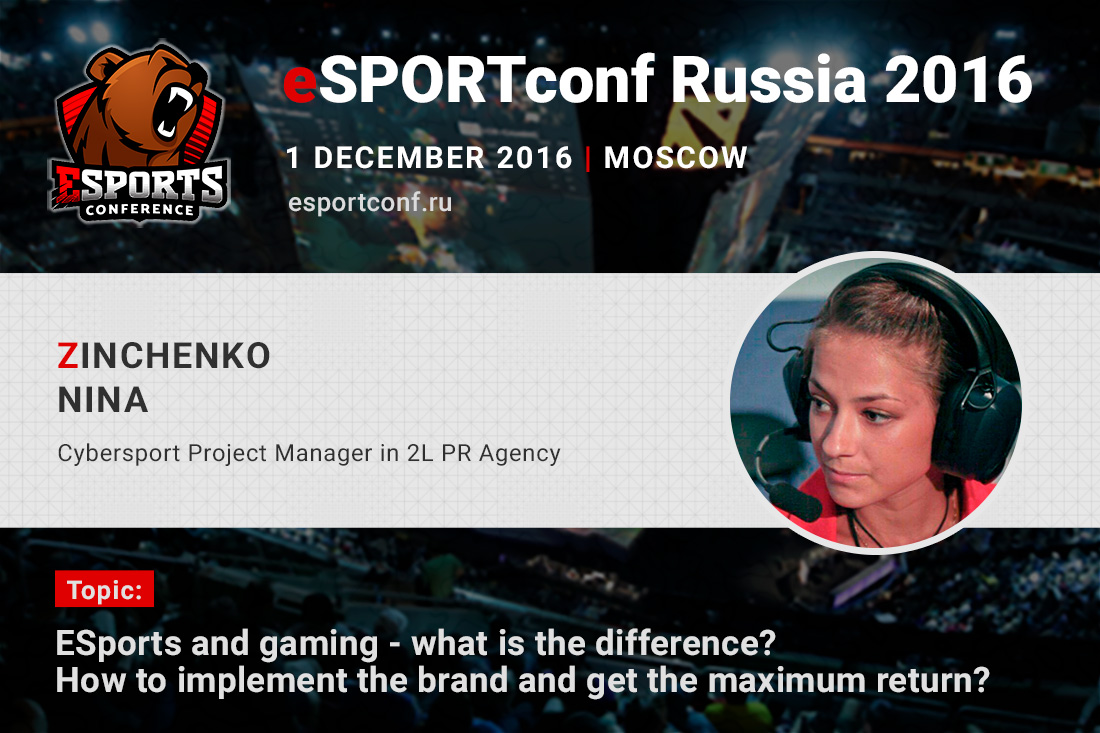 On the 1st of December within eSPORTconf Russia 2016 in Moscow there will be a presentation of Nina ‘Greeny_R’ Zinchenko (Omelchenko) – eSports Project Manager at 2L PR Agency.

Topic of her report: “E-sports and gaming - what is the difference? How to implement the brand and get the maximum return?”

Earlier, the speaker was a player of popular CIS women’s e-sports teams in CS1.6 – megapolis, forZe, Mousesports, Virtus.pro. Since her retirement from eSports competition, Nina Zinchenko writes a column on Gadgets in Gmbox.ru gaming portal and deals with PR promotion of eSports projects.

Nina Zinchenko has an insider's knowledge of professional eSports; she participated in large Russian, CIS and European tournaments. At the same time, the speaker is experienced with industry management and marketing, as well as in eSports business sector.

During the report she will cover a number of issues, including:

The report of Nina Zinchenko will be useful for all those interested in an insider expert opinion regarding the state and prospects of e-Sports business sector. Tickets to the event are available on the official website of the eSPORTconf Russia 2016.